In the era of quarantine, eighteen-year-old Nenny May clutched the opportunity that had fallen in her hands and took advantage of it, taking to publishing and releasing a psychological thriller that has been described by an international audience as a nail-biting and thrilling experience. Nnenna Mary Nwokoro, better known to her audience as Nenny May is a Nigerian of eastern heritage who has been writing in the comfort of her room for many years, all the while in the works of getting a degree in Law in Baze Univerisity, Abuja, released her book, Missing in September 2020. And almost Immediately the public had a thing or two to say about her work. Articles have begun to grow, and sites reached for her novel. It is currently available in quite a handful of online bookstores including Amazon.com where a paperback copy of her novel can be purchased and delivered within two weeks! She one day hopes to bring her work(s) to Nigerian physical stores.

Nenny May’s writing style has long evolved through her years in the craft. It is described as a third-person perspective narrative, spiced with elements of realism and suspense. Nenny May is currently in the works of a second novel due to release in January. She is determined to balance her career as an author with her path as a lawyer. And at such a young age, she aims to inspire young writers who would take snippets from her journey and grow in theirs.

Nenny May’s rise to fame began on an online platform called Wattpad where she spent over five years drafting, editing, and redrafting manuscripts and picked up a skill or two in the writing industry. In the beginning, Nenny hadn’t intended to bring her book to stores, online or otherwise, but after a novel, To New York’s Attorney, she’d drafted on the reading and writing platform Wattpad accumulated 15,000 readers within a year, she knew she could do something with her talent and passion. Missing which had merely been on the site for a little over three months and accumulated 4,000 readers, she decided to polish and set out for publishing. She does intend to do something with her rather properly acknowledged To New York’s Attorney manuscript which is currently in the works for publishing under the new title The Perfect Father, to be released January 15th, 2021. 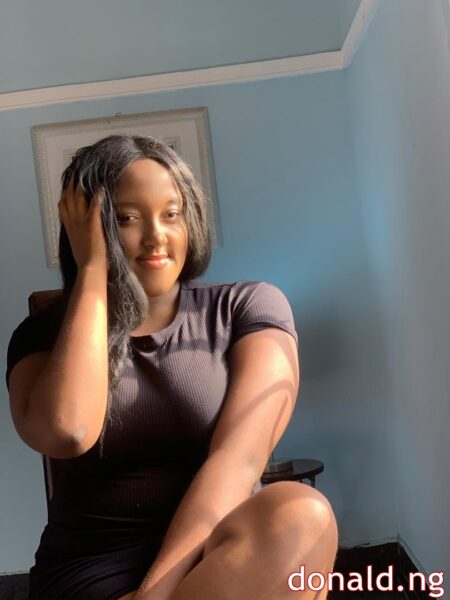 Her novel, Missing, tells the gripping tale of a babysitter who solves the kidnap and murder of ten-children when her neighbor’s only son is kidnapped. The book trails a laid-off news reporter struggling to find her footing and is hauled in the middle of a criminal investigation that threatens her freedom, the life of a ten-year-old boy, and her career. It is a quick read, estimated at 159 pages. In the words of many that have read the book and willingly come forward with a review, Missing has been described as;

“This is a quick read with an engaging storyline…” Josefa via Goodreads.com.

“This was quite a read. The book was really fast-paced and as all thrillers should be it was thrilling! …” Sameer Shakya via Goodreads.com.

“A gripping thriller with a few subtle twists. Well written.
I found this a page-turner.” Myra Mcculloch Via Goodreads.com.

“A wonderfully written fairly short story that easily held grabbed my interest and then held it…” Sharon Via Amazon.com.

“A pleasurable read. Intriguing and suspenseful escape.” Faith Via Amazon.com.

Nenny May hopes to bring more readers in touch with her works and aims to fill them with the joy of reading a book that lives up to their expectations. She also dreams of setting like minds on a path similar to hers and is always willing to answer questions relating to writing on her social media.

For purchase information on Missing, click the link below!

Join Our WhatsApp Group Or VIP List , Get Started Below: